The department of motor vehicles, or DMV, is pure hell. It’s hell not only for the people who work there, but for those normal people who are amused, or annoyed, by the socially inept individuals that seem to always be there.  At this point I’m taking votes on what we can rename the DMV. My current thoughts: Department of Monstrous Vermin, Delegated Malicious Variants, or Demeaning Malodorous Vices. Please, insert your idea on a new name…

I would like to jump a few years back to when I worked for Toyota. At some point in my five year stent there I ended up working for the accounting office as a bit of flow person where tasks were meaninglessly delegated to me by those in power, or not in power, and I was privileged to be able to drive all over hells creation getting used car tags renewed, transferred, etc. I spent many hours at the DMV and at the State Tag Office waiting, hoping, praying for my ticket number to be called as quickly as possible. I did, however, get a lot of reading done during that time.

My issue with the DMV is as followed:

1. The socially inept people who always seem to be there. These are the people who bring their small children and let them haphazardly run a muck through the entire place. These people are especially annoying when the DMV is exceptionally busy and crowded. They run, yelling, screaming, crying, infecting everything

with their snot infested finger tips and the parents sit there with their noses in books or magazines pretending they don’t exist. Sometimes you may end up with the ultra irritating parents who slightly notice their children and their annoyances. They then pretend to care with their “please stop” hand motions and meek little voices and their children don’t respond.

I distinctly remember a specific time at the state tag office where these two children were running circles around me. I sat there patiently, trying to read Harry Potter and The Prisoner of Azkaban, as they were mimicking some cop and robber routine complete with their Pew! Pew! and Pow! Pow! noises with their little fingers acting as their weapons of choice. It was cute. For about twenty seconds. Until I had one little gremlin on my left and the other on my right using me as a mountain, or fortress, or who the hell knows what. They were “shooting” around me and yelling in my ears. I sat there, very still with extreme patience trying to read. I was slightly showing my annoyance with the cautious shift in my seat coupled with the deep, audible breaths to show my irritation, and yet – nothing. The mother said there with her nose in a Cosmo magazine completely unaware as to what was going on.

Thankfully, my number was called before I ended up on the cover of the NY Times: Woman imprisoned for  stringing children up by toes.

2. The people who don’t have all of their shit together. These are the people who come in completely unprepared to do whatever it is they need done. Idiot: “I’d like to change my name, please.” Attendant: “Okay, where is the form indicating name change?” Idiot: “Oh, I don’t have one. I just thought it’d be awesome if my name on my drivers licenses were Johnny Danger Awesome.” Attendant: “….”

These people can also be coupled with the people who have too much information with them. They bring an entire filing cabinet worth of information from three decades ago when they first became residents of Earth. They sit at the counter fumbling through file after file looking for the  form that is pertinent to their transaction mumbling, “err, just one second, err, I know it’s right here, just, eeer, uhm, too more seconds, I promise, it’s right here.”

Then, if by some magic, they should happen upon the form or document needed it’s usually covered in coffee, tea, soda, or other various substances which prevent the attendant from actually being able to read said document resulting in even more of a delay.

3. The Loud talker. I really detest people who find it absolutely acceptable to sit on a cell phone in a crowded room and talk about their lovers bowel movements, size, frequency, color, and sex drive. I find it equally annoying for those who sit there and talk about absolutely meaningless things that pertain to nothing – such as celebrity gossip, for one, small example. I really don’t care if you caught the last episode of Jersey Shore and let yourself commit intellectual suicide. That’s the beauty of text messages, and emails and anonymity associated behind everyone not hearing your entire life story. I also don’t like the people who are still trying to conduct business on their cellphones, with their lap tops going and hammering on the phone about business deals. I understand that the department of meaningless variants is stupid, but, we all have to be there. Please, spare us your business transactions.

4. Number four is a direct result of numbers one through three. That is, the very pretentious, very ridiculously sassy attendant. They are the ones who are at their wits end, and rightfully so, for having to deal with the idiots mentioned above day in a day out. I understand their sass, and try and not make the very annoyed errgh face at them when they are anything less than pleasant. I talk to them super sweetly, ask how their day has been, if things are going well. I try and make a little sunshine in the dismal, bleak smiles that they are forcing. Sometimes I experience a great result and they perk up, smile, and are happy that someone is actually being polite to them (and mind you, have all the proper documents and forms already set and ready to go) and other times they want nothing of me.

5. Finally, it’s the ridiculously overdressed woman with an obscene amount of make-up on asking over and over to redo her picture. Face/Palm. For that, I submit some of my favorite reject license photos: 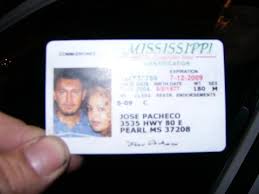 I will say that yesterdays experience at the DMV wasn’t nearly as awful as my previous experiences. I was greeted, happily, by a woman at the front desk who asked what it was I needed to have done. When I explained I needed to change my address and my name she asked me if I had the proper documentation needed. Once I provided her with the information necessary, she handed me a clip board to fill out the paper work and a ticket number associated with my transaction and asked me very politely to have a seat.

For some reason, it seemed like this place was really on top of everything.

I only waited for fifteen minutes before ticket C255 was called. The woman behind the counter was quite nice and explained that she was happy to have the day slowing down (I was there at 5:30pm). I asked her about her plans for the weekend and she explained that she was really looking forward to it because she had some family coming into town. She was very sweet and very helpful. There were some children screaming in the background, but surprisingly, the mother picked up the little girl and took her into the bathroom. Fifteen minutes later, after a very good conversation with the lady behind the counter, I walked out with my new ID card.

So, not all places are full of socially inept people…perhaps there is hope!